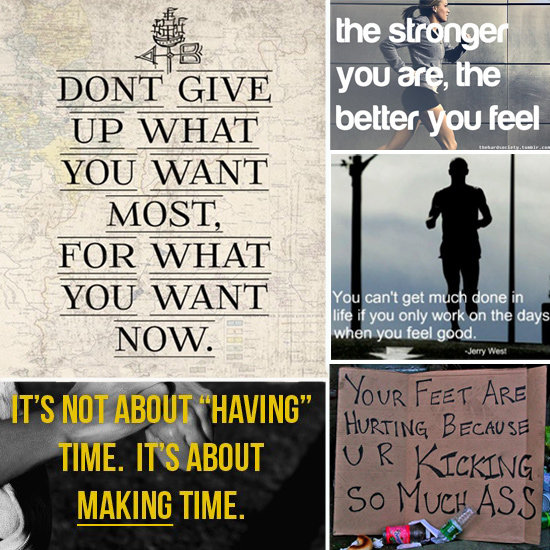 I was recently asked if lunges and squats will make your legs larger. Next week I will share what I love about the lunge and squat. This week I wanted to share an excellent article on the science and reality of putting on muscle.

Q: I know that women aren’t supposed to bulk up when they lift weights, but my legs seem to be getting bigger. I started doing walking lunges and using weight machines with light weights twice a week to tone up. After doing this for a month, instead of my jeans getting looser, they are tighter! I even do cardio four times a week. How do I slim down my legs without doing exercises that make them bigger?
A: Sometimes theory and reality collide, and the reason is not always clear. In your case, the theory is that women don’t really bulk up from doing resistance exercise. In your reality, you feel like a month of resistance moves using only body weight and light weights is making your jeans tight. So, you conclude that your easy-ish resistance moves are building muscle in your thighs and making them bigger.
But not so fast.
First, the science of muscle physiology is conclusive about this: In the initial stages of weight training—the first six to eight weeks—muscles get stronger, not by getting bigger, but by increasing their efficiency. The communication between the muscle fibers and the nerves improves, the frequency at which the muscle fibers contract increases, and so on. It takes several months before muscle fibers increase the amount of protein they contain (and therefore increase in size, known as hypertrophy.) The short time you’ve been doing these new moves means that it’s unlikely that you’ve built up much new muscle, if any. And even then, your particular workout may not be enough to trigger a hypertrophic response.
But why do some women feel like they get bulkier?
The women-don’t-get-bulky theory has a solid scientific basis: Women have less testosterone and so build muscle less easily; plus it’s not easy to build muscle mass unless you are on a muscle-building program which consists of lifting heavy weights and getting even heavier over time. Even then, research shows that it may take women six months performing a progressively heavier resistance training program to build an average of two pounds of extra muscle.
So, even after that non-muscle-building initial training period, the muscle response from a mere one month of even heavy weight training is likely to be minimal. Using light weights, or just using body weight for resistance as with the walking lunges, is likely to be even more minimal. Without knowing how loose your jeans were to start with, it’s doubtful that you would gain that much extra muscle in just one month that would make them feel tighter.
Genes may create individual responses
But, some women swear they get bigger from doing certain exercises, no matter how much anyone tells them that it is impossible. So, is it possible that you really have gained more muscle and that your thighs did actually get bigger as a result? Yes.
There do appear to be genetic differences that may shape how a person responds to exercise: Some women may build a bit more muscle in response to the same weight training program while others may not. And your body type will probably dictate how you look, too. If you are long-limbed and lean, it’s going to be harder for you to look bulky compared to a naturally rounded, curvier woman. Some women with super-skinny legs do heavily-weighted squats and their legs stay super skinny. Likewise, some women with bigger thighs who regularly do Pilates, yoga or ballet—all activities alleged by some to make limbs “longer” and “leaner”—never develop less muscle or fat in their legs from these moves. To know if you are especially muscle-prone, you’d need to do an MRI or DEXA scan to really detect the difference in your body composition and then be able to blame the tight jeans on extra muscle rather than extra fat.
But even if you are prone to develop an unexpected muscle increase, there is probably a limit as to how much muscle you can build. Unless you are adding extra load to your resistance moves, you’re not giving the muscles extra stimulus that might trigger more muscle growth. It would be unusual to find a woman who does walking lunges twice a week but keeps beefing up and getting more and more muscular. (If it were that easy, all those body builders with scrawny legs could scrap their protein drinks and multiple hours lifting weights!)
Exercise physiology is a new and burgeoning science and there is still much to learn, especially about the variation in individual responses to exercises.
So why are your jeans tighter, if not from bigger thigh muscles?
Assuming you are not judging by recently washed jeans (which tend to be tight!), what’s more likely is that you may have gained some body fat, and that your thighs are bigger from extra fat, not extra muscle.
There are two plausible scenarios as to why this happened, despite your regular exercise: If you cut back on high-calorie-burning cardio (substituting more weights workouts for fewer cardio workouts), you could have gained some fat because you were now burning fewer calories per week, but eating the same amount. Or if you simply have been eating or drinking a few more calories than usual in the past month, you could also have gained fat all over your body, including your legs.
The solution? Cut back on food calories, or burn a few more by ramping up the intensity, duration or frequency of your cardio workouts.

Martica Heaner, Ph.D., M.A., M.Ed., is a Manhattan-based exercise physiologist and nutritionist, and an award-winning fitness instructor and health writer. She has a Ph.D. in behavioral nutrition and physical activity from Columbia University, and is also a NASM-certified personal trainer. She has written hundreds of articles for publications such as Self , Health , Prevention , The New York Times and others. Martica is the author of eight books, including her latest, Cross-Training for Dummies. (Read her full bio.)

This entry was posted in Training. Bookmark the permalink.