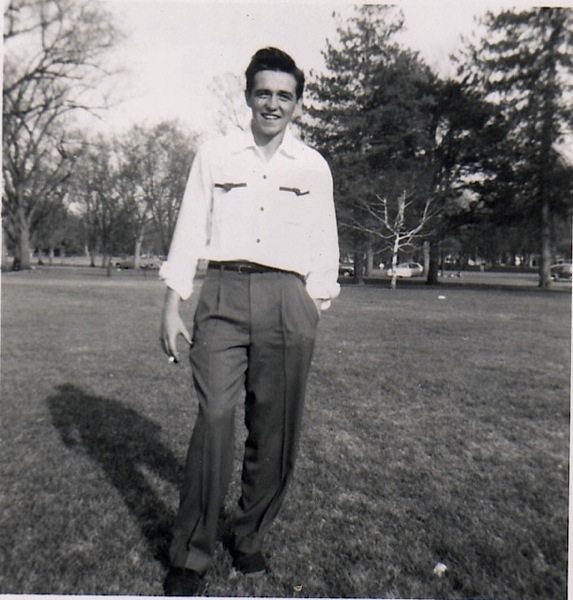 Happy Father’s Day! I was thinking about my dad today. Well, not a day goes by that I don’t think of him and wish he was still here. I’m pretty certain he’s playing endless rounds of golf with his buddies and bragging about his children to whomever will listen. I don’t know if there is beer in heaven, but he’s enjoying whatever is the equivalent. I think about my dad and the nuggets of gold he gave me, that didn’t cost a cent. Two things always immediately come to mind. When I was little, I had a tendency to begin a sentence with, “I was thinking…” My dad had a humorous habit of interrupting me by saying, “Well, there you go thinking again”, with his lopsided grin and a twinkle in his blue eyes. He taught me to never stop learning or seeing the humor in life’s lessons. When he was older he moved to Los Gatos and was the Postmaster for our town. He was pretty busy being friends with half the town, and was an active member of the Lion’s club. He talked a lot about his kids as he made the rounds. Full blown Irish, he had a gift for the Blarney. “My daughter, do you know her? She wins marathons.” Quite the exaggeration, but he said it like he believed it. What he believed in was me!

My father gave me the greatest gift anyone could give another person; he believed in me. Jim Valvano
(American broadcaster and college basketball coach) 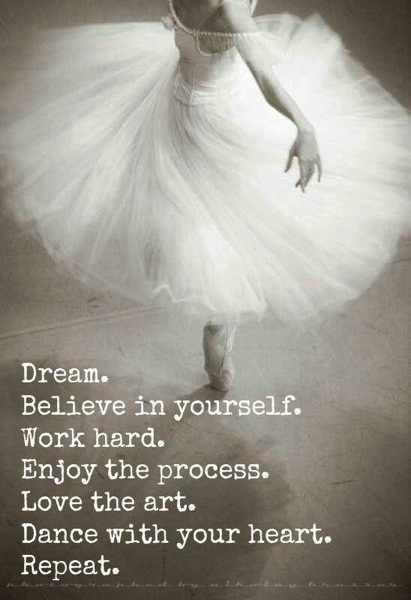 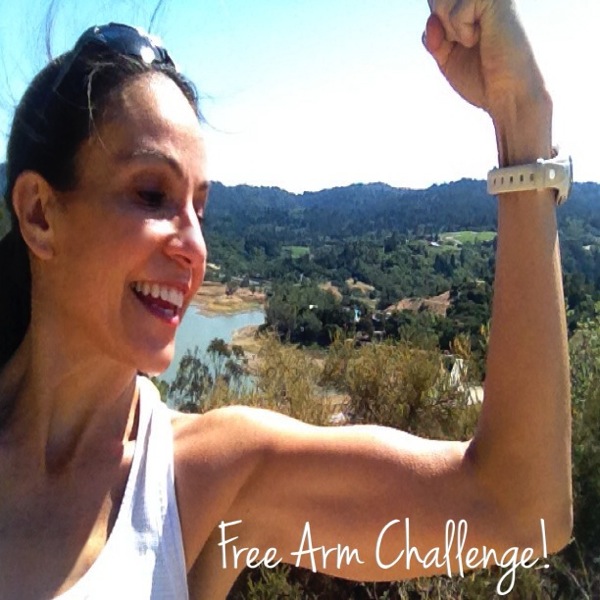 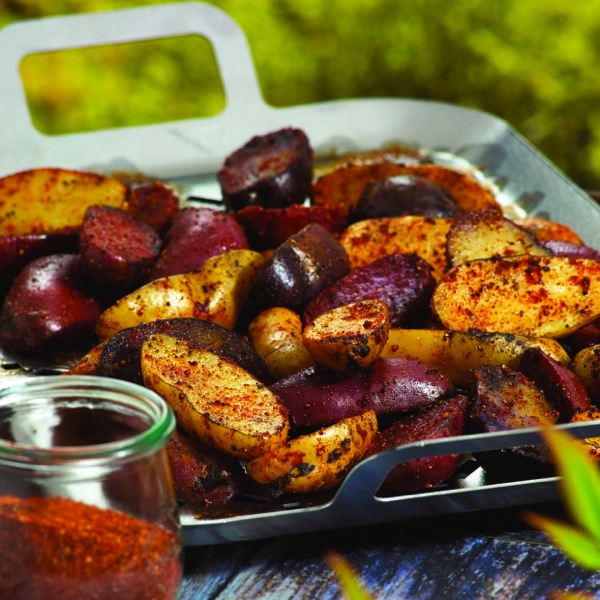 “A lot of people don’t know you can grill potatoes,” said the BBQ Queens. “They’re sturdy enough to hold up well on the grill, versatile enough to grill in many different ways and the nutritional boost is a welcome addition to any meal.”
In fact, one medium-size (5.3 ounce) potato has no fat, sodium or cholesterol, provides 45 percent of your daily value of vitamin C, and has more potassium than a banana. Plus, cooking potato side dishes on the grill helps to minimize clean-up, and doesn’t require the heat of an oven during the warmer months.
Makes: 4 side dish servings
Spud Rub:
1 tablespoon onion powder
2 teaspoons lemon pepper
1 ½ teaspoons paprika
1 ½ teaspoons smoked paprika
1/2 teaspoon sea salt
1/2 teaspoon ground cumin
Potatoes:
1 pound fingerling potato mix
2 teaspoons olive oil
1 tablespoon Spud Rub
For the rub, combine all ingredients in a glass jar, close the lid and shake to blend. Store at room temperature.
Prepare a medium-hot fire in your grill.
Place the potatoes in a bowl, drizzle with the olive oil and sprinkle with Spud Rub. Toss to coat.
Place the potatoes on the grill rack or in grill basket directly over the heat and close the grill lid. After 3 to 4 minutes, open the lid and toss the potatoes or turn the basket. Close the lid again and repeat the process for 12 to 15 minutes or until potatoes are tender when pierced with a fork.
Serving tip: Serve the grilled fingerlings on a platter alongside a bowl of Spud Rub Dip. To make Spud Rub Dip, combine 1/2 cup prepared buttermilk or ranch-style dressing and 1 teaspoon Spud Rub in small bowl. Stir to blend. Refrigerate until ready to serve.
Nutritional information per serving: Calories: 110, Fat: 2.5g, Saturated Fat: 0g, Trans Fat: 0g, Cholesterol: 0mg, Sodium: 125mg, Carbohydrates: 20g, Fiber: 1g, Sugars: 0g, Protein: 3g, Vitamin A: 2%, Vitamin C: 40%, Calcium: 0%, Iron: 6%, Potassium: 6mg.

Have a wonderful weekend celebrating Dads!